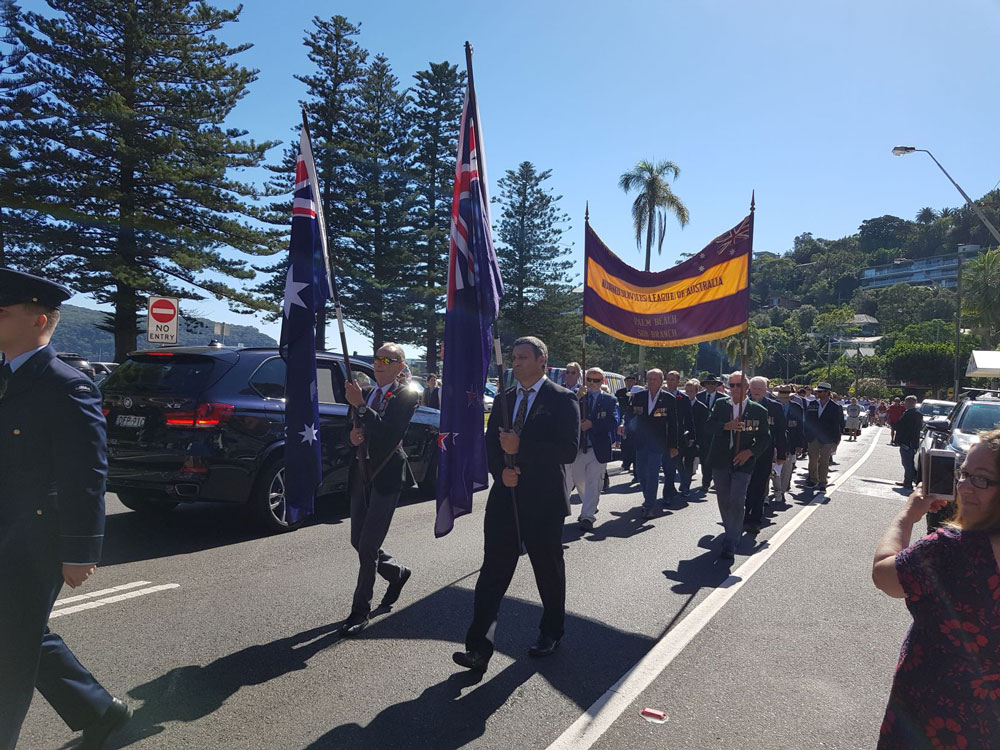 Easter was superb with warm, sunny days and plenty of activity around Whale Beach and Palm Beach. The Lighthouse Walk, the ferries, The Basin and the beach were very popular with a constant flow of visitors enjoying the beauty of our area. The ANZAC Day march and service at the memorial in front of Club Palm Beach were very well attended. 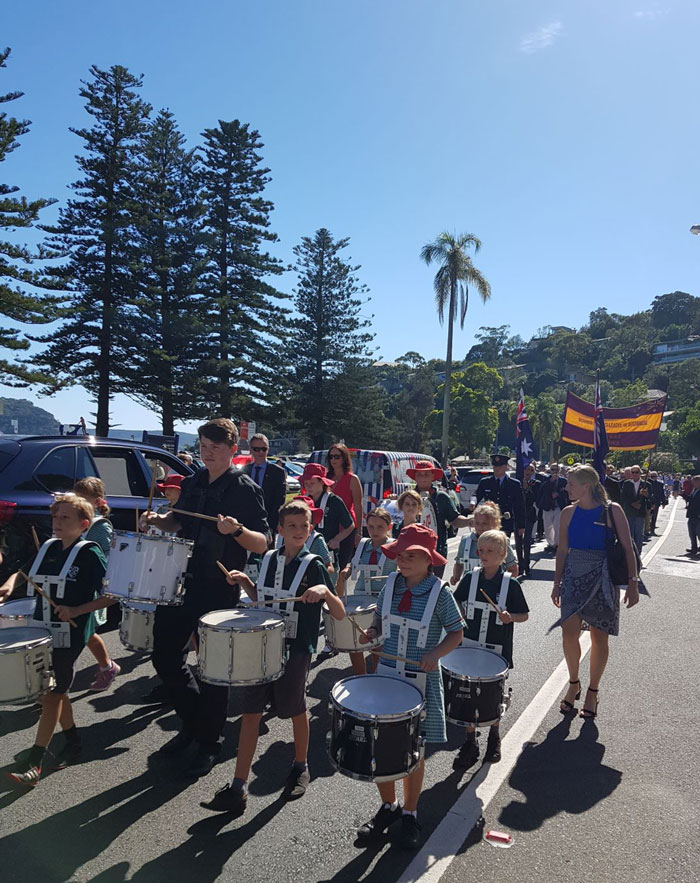 J Stuart “Squizzy” Taylor MBBS FRACS FRCS. 1934-2019
Stuart was a highly respected urological surgeon who practised at the Royal Newcastle Hospital. He was the president of many surgical societies.
On his retirement Stuart and his wife Jill moved to Palm Beach. He had met Jill at Palm Beach when he was on surf patrol.
Stuart was a highly regarded member of the committee of the Palm Beach & Whale Beach Association for many years. He was a valuable contributor to the Association and his opinions were well thought out and well presented. As treasurer he kept the books in a meticulous fashion and on his retirement he left the Association in a very strong financial position.
On behalf of the Association I have expressed sincere condolences to his wife Jill , his 4 children and 10 grandchildren.
He will be sadly missed.

Laurie was a stalwart and very active committee member of the Association in the 1980s and 1990s. He was an engineer and applied his invaluable knowledge to many local issues such as DAs, drainage and sea front erosion all along the beachfront. Laurie was also very involved in the construction of the Gladesville Bridge.
He was an avid collector of Palm Beach memorabilia and minutes of all the meetings and we have added these items to the to the PBWBA archives.
His contribution to the PBWBA and the local community was significant. Many will remember his beautiful garden which he regularly opened so that less mobile members of the community could enjoy the magnificent views.
We have expressed our sincere condolences to his wife Liz and his family. Laurie will be sadly missed.

The Association congratulates the Hon Rob Stokes on his re-election as the member for Pittwater and his appointment as the Minister for Planning and Open Spaces. He is very well qualified for this portfolio.
Congratulations also to Jason Falinski for his re-election as the member for Mackellar.
We look forward to continuing to work with both our representatives to achieve positive outcomes for the local community and the environment.
April and May have been particularly busy for the Committee. Meetings have been had with Louise Kerr, NBC Director of Planning and Place re the Local Environmental Plan and the Local Strategic Planning Statement as well as the My Place ‑ Avalon: Community Reference Group. A meeting was held with the Member for Pittwater The Hon Rob Stokes and four of the Committee to discuss local issues including – landscaping Palm Beach, the coastal walkway from Whale Beach to Palm Beach, Barrenjoey Lighthouse water and toilets, Governor Phillip Park (Crown Land) infrastructure, Urban Night Sky Park, pollution in Kiddies Corner, local ambulance & hospital services.
If you feel strongly about an issue relating to Palm Beach and Whale Beach please participate in the “Have Your Say” section of the Council website or just write to Council (email: council@northernbeaches.nsw.gov.au). Council issues such as rubbish, public toilets, vandalism, damaged signs, potholes etc can be logged at “report an issue” or “online customer service” on the Council website.
Alternatively come and join us at our informal and lively monthly coffee meetings. The next one is on Wednesday 26th June 10.30 am at The Pacific Club (upstairs).
All members, friends, neighbours & new residents are welcome to attend.
Dates and venues for future coffee meetings are available on the calendar on the PBWBA website.
Following are some of the concerns raised at the last 2 coffee meetings which Council is following up/investigating at our request –
Lucinda Park events, the pavilion/amenities at both Palm and Whale Beach, encroachment at The Bible Garden, poor condition of Whale Beach roads, disappearing public pathways and rights of way, pressures on Gov Phillip Park, extension of high pedestrian activity zone at Pittwater Park, hoons.

The AGM was held on 21st May at Club Palm Beach and was well attended. We are delighted to welcome Ken Allen AM to the committee. Robert MacKinnon takes over the role of Secretary.
We sincerely thank our guest speaker, Dr Jonathan King, author of many books and an adventurer. Dr King spoke passionately about “Bringing History to Life – creating a series of adventures against the odds!” which was a fascinating, humorous and informative talk about his vision for and organisation of, the 1988 re-enactment of the arrival of the First Fleet. www.jonathanking.com.au.
Thank you Club Palm Beach for your hospitality.

Barrenjoey Lighthouse is the most visited part of Ku-ring-gai National Park. international visitors and “Home & Away” fans come from all over the world to visit Pittwater’s jewel in the crown. There is a shortage of volunteers to run tours on Sundays. Volunteers need a Working with Children Certificate and a basic First Aid certificate- but this cost can be supported by NPWS. Volunteers would be required on Sundays once every 6-8 weeks. Contact “Chase Alive” nicole.ribera@environment.com.au or susan.guthrie@environment.com.au phone 9472 9300 at Kalkari Centre (Ku-ring-gai head office) for further information.

From The Manly Daily 24th May ’19. During 2017-18 Gov Phillip Park Reserve car park generated parking fine revenue of $401 568. This revenue, under Crown Land law, must be spent within the Park. We are following up this matter with Council and Rob Stokes as Minister overseeing urban Crown Land.

The Tied Grants Program commenced in October 2017 whereby the NSW Government allocated $21.1 million for 11 projects: 2 of which are in the Palm Beach area Currawong Beach heritage refurbishment and North Pittwater foreshore improvements The Church Point Community Park (Pasadena) project was abandoned and the funds disbursed among a number of other tied grant projects
Progress on the Currawong Cottages and North Pittwater Foreshore Improvements projects follow –
Currawong Beach Heritage: refurbishment and upgrade of existing infrastructure. A development application has been prepared for stage 2 which comprises proposed refurbishments to six cabins and associated landscaping. The funding from the Pasadena reallocation will go towards stage 2

South Palm Beach: Landscaping works to restore grassed area amenity, improve access and drainage, construct stone flagged plaza opposite shops and construction of pathways between the pavilion and culvert.
Stage two works from Ocean Place to Horden Park is underway and expected to be completed in May.
CONSULTATION NBC engagement planned over coming months includes:

The public art sites from Manly to Palm Beach have been selected by the Coast Walk Public Art Working Group and through the community engagement process.
Pittwater Park has been selected for Stage 1 and Observation Point for Stage 2.
The works will be selected, commissioned, designed, fabricated and installed in conjunction with Council project teams and a Selection Panel of arts industry experts, as per the Public Art Policy. The timing of the delivery of the works will vary for each artwork in accordance with the timing of any associated works occurring at these sites and priority capital projects.

Barrenjoey High School will be hosting a fundraising screening of PALM BEACH the movie on Wednesday 7th August 7pm at United Cinemas Avalon Beach. Tickets $25 via trybooking.com/BCTYH. Proceeds to Barrenjoey Community Performance Space.
The story revolves around a group of old friends who re-unite to celebrate a three-day birthday party at the host’s house in Palm Beach. Conviviality soon gives rise to friction as old resentments flare and a long-held secret threatens disclosure. This new drama/comedy promises an entertaining night. Directed by Rachel Ward, Palm Beach has a stellar international cast including Bryan Brown, Sam Neill, Greta Scacchi, Richard E. Grant and Jacqueline McKenzie. Much of the film was shot on location in 2018. See familiar places in a new light on the big screen. 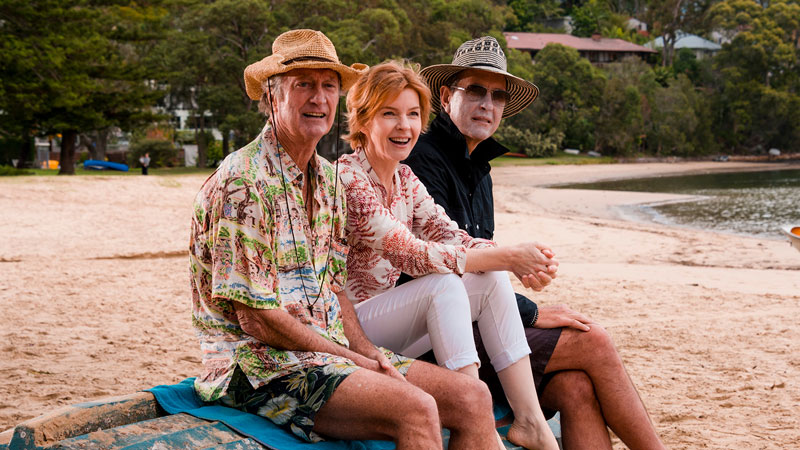 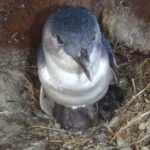 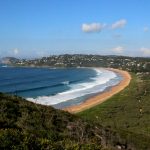