The Palm Beach Whale Beach Association for residents recently met with NPWS to express the opposition the community has for the proposal to commercialise the precinct and were not given any assurance that this would not be proceeded with. In fact PBWBA members at the meeting came away with the opposite impression.

Around 400 submissions have been made to the 2022 ‘Ku-ring-gai Chase National Park and Island Nature Reserves Draft Plan of Management’ although NPWS staff could not state how many were made about the proposal for Barrenjoey.

NPWS also stated they would remain in charge of hiring out the premises once permission to proceed with their plans were approved, although, in every other case of a NSW Lighthouse being turned into premises for commercial accommodation, commercial licenses calling for tenders are announced and the places farmed out to contractors and these are soon placed in charge of the premises. All of these contracts exclude the public, apart from a required all access two weekends annually in some cases, and are essentially a privatisation of what is a public asset.

The Association was informed that NPWS will submit a report to the NSW Heritage Minister, Manly MP James Griffin in first two weeks of January 2023.  The Minister considers the plan, submissions and advice, makes any necessary changes and decides whether to adopt the plan under the National Parks and Wildlife Act 1974. Once a plan is adopted, it is published on the NPWS website, and key stakeholders, including those who made a submission on the draft plan, will be notified.

It is likely there is a push to have this ratified prior to the 2023 State Election, as is evolving in other plans the incumbent state government has, to which the communities across the Sydney Basin have raised fierce objections to.

President of the PBWBA Prof. Richard West AM stated the Association presented a strong case that the Assistant Lighthouse Keepers cottage is the most historic building in Pittwater, still in its original state, and that changing it to insert a kitchen and bathroom and whatever else would be required to make it viable as a commercial accommodation would be tantamount to vandalism.

‘This site should be kept as it is. Access for all people all the time is a fundamental aspect of our publicly owned buildings and sites.’’ Prof. West said

The government should remain mindful there was a major rally held in 2012 in Governor Phillip Park which spoke loudly against the proposal. There is nothing to suggest the Pittwater community, or supporters from further afield, has changed its view.’’ 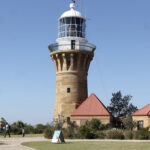 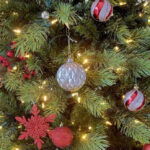